We offer Online-Programs! Find out more and order at clarinetistasdelfuturo! 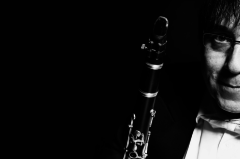 Johannes Peitz was born in Saarbrücken (Germany) in 1963 and received his first clarinet lessons with Adolf Heinl in Trier and Wolfgang Meyer in Karlsruhe. After leaving school, he studied the clarinet with Hans Deinzer at the Hanover University of Music, Drama und Media. 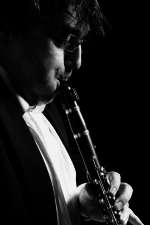 At the age of 23 he became solo-clarinetist with the radio orchestra of Norddeutscher Rundfunk in Hanover. Three years later he assumed the same post with the Bamberg Symphony Orchestra, where he played for 10 years and with which he performed worldwide and participated in numerous recordings, including the complete symphonic works of Max Reger, Karl Amadeus Hartmann, Brahms and Mendelssohn. 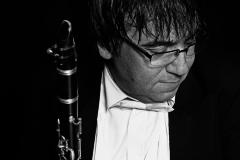 As a soloist, he has performed with conductors like Horst Stein and Ingo Metzmacher and partnered Sabine Meyer and the Trio di clarone in chamber works (CD). He recorded solo works and sonatas for the broadcasting corporations Hessischer Rundfunk and Norddeutscher Rundfunk. Between 1992 and 1998 he also appeared as guest performer with the Berlin Philharmonic Orchestra, the Munich Philharmonic Orchestra and the Bavarian Radio Symphony Orchestra and today many famous orchestras invite him as play with them. It was in this capacity that he played also as solo clarinet with the Concertgebouw Orchestra of Amsterdam.

Alongside his orchestral work, Peitz has always been an active chamber musician and is a founding member of the Albert Schweitzer Oktett, with which he has performed in the Chamber Music Hall of the Berlin Philharmonie and recorded two albums.

Johannes Peitz has also made an international name for himself for his work with a numerous celebrated chamber ensembles and string quartets, among them the Auryn Quartet and the Szymanowski Quartet. Peitz is also a regular guest performer with the Mito Chamber Orchestra of Japan under Seiji Ozawa. His recordings on the EMI, Capriccio, CPO and Edel labels include Mozarts Gran Partita (CD) music for winds by Josef Myslivecek (CD), Georges Bizet and Otto Nicolai (CD) and chamber works by Arvo Pärt and the recording of Mendelssohns concert-pieces together with Sharon Kam won the Echo-Klassik award (CD).

Peitz first taught in Weimar and Frankfurt, and since 2000 is Professor at the Hanover University of Music, Drama und Media, where he teaches an extremely successful class. He also teaches on many international masterclasses in Germany, Italy, Spain, Romania as well as Korea and Japan. He also regularly lecutures in chamber music technique at the International summer academy for Chamber Music, Lower Saxony, in Frenswegen. In addition, he has been the lecturer in woodwind technique at the Orchestra Academy of the Schleswig Holstein Music Festival since 1998.

Johannes Peitz lives together with his wife and his two sons in Hanover (Germany).